Media Make-up Glows Up with Illamasqua

Media Make-up students were thrilled when Illamasqua reached out with news of their virtual masterclasses. Having worked as an academic partner of Illamasqua in the past, Natasha Jordan, Media Make-up Tutor, was delighted to accept the offer of support for the students during this most difficult of times.

The Masterclass was hosted by Shan Freckleton @shantariyahaaliyahx & Berny Ferreira @bernyferr . The students were really excited when they recognised Berny from BBC’s Glow Up, Season 2. Shan’s make-up demo was inspired by the Queen of Hearts having heard that our second years’ project brief was to design a make-up on research of these directors: Wachoski Sisters (Matrix), Guillermo del Toro and Tim Burton, and that they needed to include a 3D element made of paper.

Clare Wycherley, Tutor said, ‘Fridays’ Masterclass was lovely, the makeup was inspiring and looked amazing; the gorgeous hosts Shan and Berny were just perfect. We’ve had so much positive feedback from the students. It obviously lifted everyone’s spirits – which we certainly all need a bit of at the moment.’ 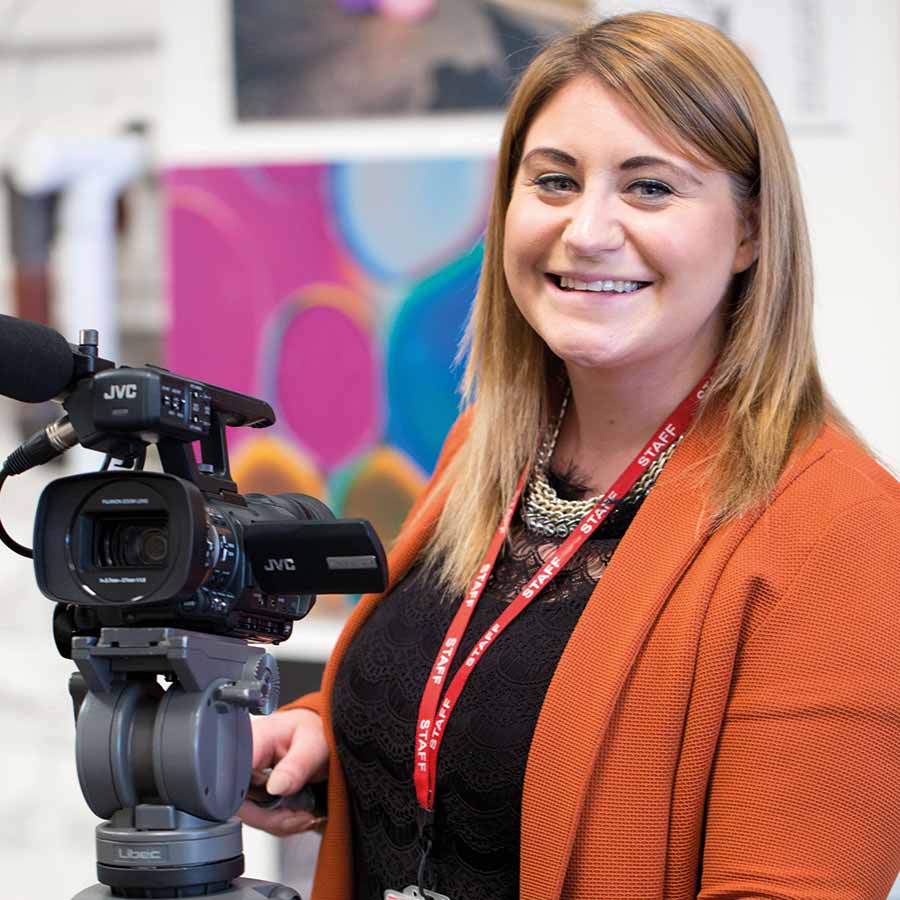